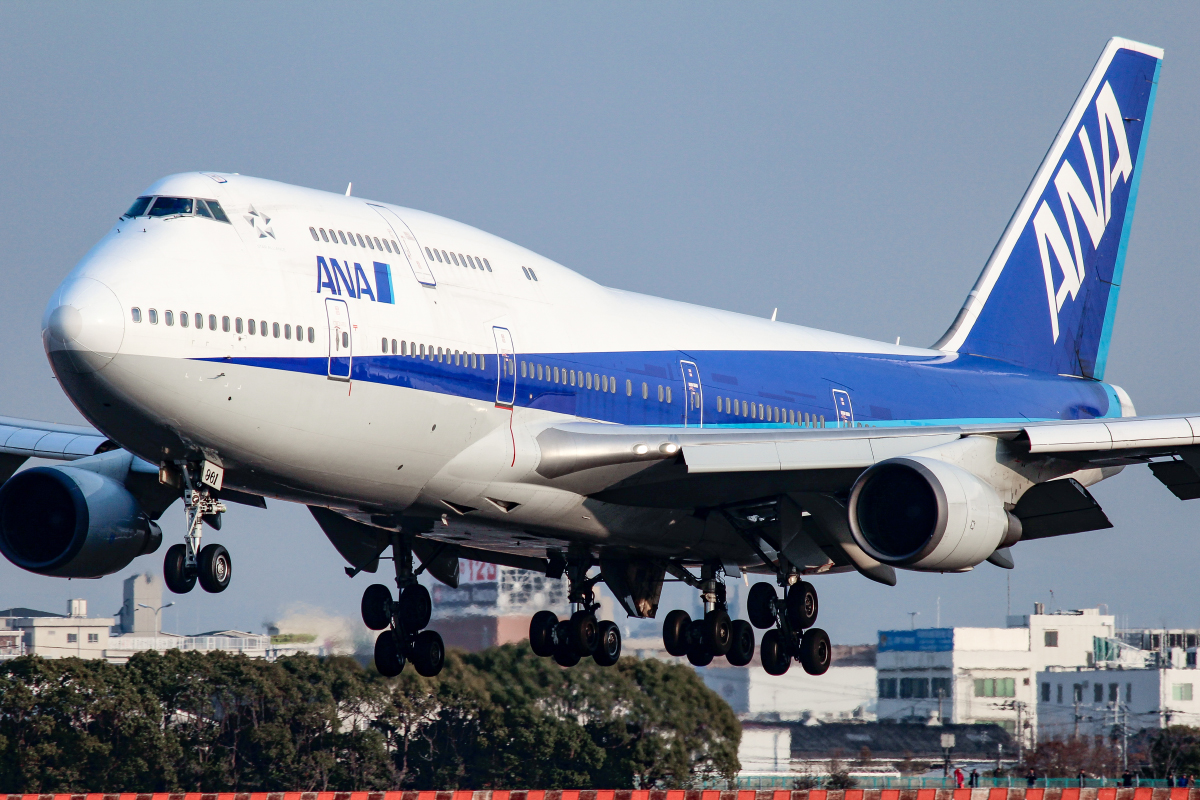 The maximum seats in the cabin

All Nippon Airways is the one of biggest Airline in Japan based at Tokyo. They don’t have any 747-400s at the moment.

ANA was growing up in 1980s and they planned to increase for international routes especially North American routes. They already had some 747 classic in fleet. Also 747-200B could operation for long haul flight.

ANA continued operation for only domestic routes by 747-400D. But ANA decided to all of 747-400D retirement until March 2014. ANA did many special events of 747-400 retirement especially flight to Osaka(Itami) was one of the best memorial flight on Japanese aviation histories.

Here is timetable about Qantas 747-400 history.

ANA 747-400 series was main aircraft of their high demand International and Domestic routes.

In 2000s, Tokyo(Haneda)-Naha route had many flights on the day and all of flights were operated by 747-400 especially summer season.

But almost 747-400s still operations around the world. Some of 747-400s converted to the freighter at Tel Aviv (BDSF style). They are operating at Air Atlanta Icelandic, Atlas Air and Suparna Airlines.

Some of 747-400s are still flying for passenger type at Saudia. Saudia is using for Haji charter flights based at Jeddah. And two of 747-400 operated by Atlas Air with gold livery.